The years of experience in moving, led in 1971 to an addition to the name Eijgenhuijsen: “precisievervoer”. The term stands for the transport and handling of high-quality and sensitive products (such as copiers, computers, peripherals, medical and scientific equipment).

After some detours through Amsterdam, Weesp and Zeist, Eijgenhuijsen finally moved to Ruurlo in 1987 .

In 1996 Eijgenhuijsen moved to its current location on the “Spoorstraat”. In 2000 a new building was put into use, and Eijgenhuijsen also celebrated the 90th anniversary.

Due to a take-over Eijgenhuijsen got access to a facility in Den-Bosch in 2007.

Eijgenhuijsen bv Precisievervoer plays an influential role in the sustainable supply chain. We have been setting the standard in transport with far-reaching value added services.
Read more 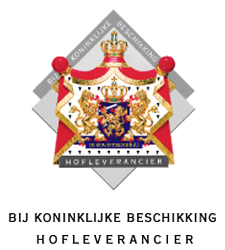 With TENESO we offer you a European network for logistic services. TENESO Europe SE is the European specialist for technical distribution with value added services for setting up, installation, storage and specific facilities for valuable equipment.

This website uses cookies to improve your experience while you navigate through the website. Out of these, the cookies that are categorized as necessary are stored on your browser as they are essential for the working of basic functionalities of the website. We also use third-party cookies that help us analyze and understand how you use this website. These cookies will be stored in your browser only with your consent. You also have the option to opt-out of these cookies. But opting out of some of these cookies may affect your browsing experience.
Necessary Altijd ingeschakeld
Necessary cookies are absolutely essential for the website to function properly. This category only includes cookies that ensures basic functionalities and security features of the website. These cookies do not store any personal information.
Non-necessary
Any cookies that may not be particularly necessary for the website to function and is used specifically to collect user personal data via analytics, ads, other embedded contents are termed as non-necessary cookies. It is mandatory to procure user consent prior to running these cookies on your website.
OPSLAAN & ACCEPTEREN